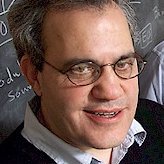 Iraj's research interests span a spectrum of topics in applied mathematics, modeling & analysis and optimization of communication networks and systems with focus on the structure and architecture of networks, scalable algorithms for network problems, application to design tools and control mechanisms for emerging systems and more recently foundations and applications of machine learning to communication systems and services.

Prior to Bell Labs and until 1998, he was a research director in the Information Sciences Lab at Bellcore in Morristown, New Jersey.

In addition to his research in support of Nokia products and services, in the past decade Iraj has been the recipient of DARPA, AFOSR and NIST contracts and grants on such topics as control mechanisms for MANETs, large-scale geometry of networks and inference from large graphs. His current focus is on deep learning, large graph analytics and distributed self-organizing network control.

I work in Algorithms, driven by mathematics and sound foundations, and motivated by problems that arise in communication systems and services.  This is diffferent from finding a quick recipe for an instance of a problem using a good guess.  The former aims for broad generalizability and the latter for immediate utility.  Both approaches have had spectacular successes in the past 70 years since programable computing machines came into being.  The simplex algorithm and the Metropolis algorithm are examples of the former and rule-based systems are examples of the latter.  The two approaches are different and represent essentially different views of the world.

Has served as reviewer for NSF, NSF of Ireland, AFOSR, INRIA and other research granting agencies

Former member of the American Mathematical Society, Society for Industrial and Applied Mathematics

Past Chair of the Telecommunication Section of INFORMS

Formerly on the Editorial Boards of Operations Research and IEEE Transactions on Information Theory.