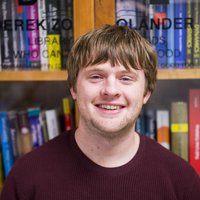 Ian graduated from Trinity College Dublin in 2009, with a First Class Honours degree in Mechanical & Manufacturing Engineering. He stayed at Trinity College to undertake a Ph.D. in experimental sound source identification and acoustic interaction effects in turbomachinery.

Outside of work, Ian enjoys music, running and cinema.

I. Davis and G. Bennett. Spectral, Modal and Coherence Analysis of Sum and Difference Scattering of Narrowband Noise in Turbomachinery. International Journal of Aeroacoustics, 15, (1-2), 2016, p180 - 206

I. Davis and G. Bennett. Sum and difference scattering of tonal noise in turbomachinery. 19th AIAA/CEAS aeroacoustics conference in Berlin, Germany, 27-29 May 2013