At the core of today’s mobile networks

If you sat next to Gerard Foschini and struck-up a conversation over coffee, you’d probably never have guessed the magnitude of influence that his 50 year record of accomplishments at Bell Labs has had on the industry. The over 100 articles authored by this humble but renowned researcher are among the most cited in his field.  The results of his research are evidenced in today’s wireless and emerging optical systems.

Soon after joining Bell Labs in 1962, with his degrees in Engineering and PhD in Mathematics, he was tasked with finding a solution for the crosstalk that can occur within the bundles of phone cables. His subsequent research was instrumental in developing or improving multiple optical, DSL, broadcast, and wireless technologies.

But his most influential research had its origins in the early 1990s when his manager approached him about a new assignment.  Bell Labs had been the birthplace of Information Theory – the science Claude Shannon had created that defined the fundamental information rate limits of communication channels.  Gerard’s manager now wanted him to investigate options for getting as close to that limit as possible in wireless networks.

“I walked into my colleague Mike Gans’ office and asked him to work with me on this so we could figure out the optimal antenna design,” recalls Foschini.

Foschini had the mathematical algorithmic expertise and Gans brought deep expertise in RF and antenna technologies. Their collaboration soon sparked what was then a novel idea.  Rather than defining the solution based on a single antenna, Mike suggested considering one based on multiple antennas, much like describing a single complex math function by decomposing it into a series of simpler functions.  Their paper on the subject sparked a massive amount of research on what became known as Multiple-Input Multiple-Output (MIMO) antenna technology.

Leveraging this idea along with some of his earlier experience with crosstalk, Foschini then went on to invent Bell Labs Layered Space-Time (BLAST.) This technology allocated signals to a space-time diagonals or “layers” and made use of multiple antennas at both the transmitter and receiver. BLAST remains a seminal piece of research, and has continued to impact modern wireless technologies such as LTE and WiFi to this day.

Listening to the Dog That Barks

Foschini delights in characterizing the collegial atmosphere at Bell Labs and the inspiration that comes from working in labs that have been home to some of the greatest scientific minds of the last half century.

“There's an environment of excellence at Bell Labs that enables you to find out what your own limits are,” says Foschini. “If you are a young scientist wanting to push yourself and find out what you are capable of, this is the right place.” 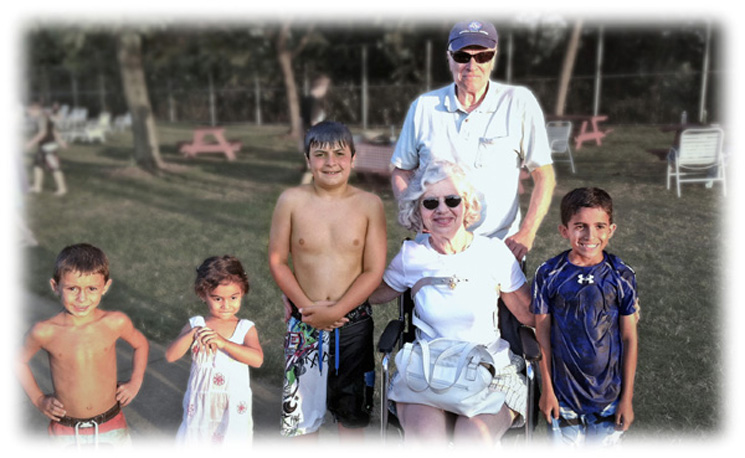 Gerard recalls the impact of so many of his managers – themselves highly knowledgeable and accomplished in their field – who functioned more as coaches.   He warmly recounts a story of one of them, Jack Salz, who had a flair for identifying a problem and inspiring the team to solve it.

The equation is barking. He saw the equation as a dog, trying to tell us something we couldn't understand.

“He wrote an equation on the blackboard and said: ‘Gerard, come over here, I want you to see this equation. This equation is barking.’ He saw the equation as a dog, trying to tell us something we couldn’t quite understand.”

Over his 50 years at Bell Labs, Foschini has heard many barking dogs.  And most of the time, he’s managed to figure out what that bark was all about.