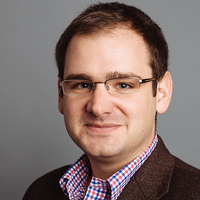 I am a scientist in the Artificial Intelligence Research Lab of Bell Labs. My research interests span from mobile and wearable computer vision, augmented reality, spatial AI over interaction with robots and smart things, towards augmenting humans with wearable technology.

Before Bell Labs, I was a postdoctoral researcher at ETH Zurich and I was also involved in three successful startups. Between 2019 and 2021, I was an advisor of the ETH spin-off Arbrea Labs on body and face augmentation. Between 2016 and 2019, I worked as the lead engineer of the ETH spin-off Kapanu on building facial AR for dentistry. From 2011 to 2015, I was the scientific advisor of the ETH spin-off Scandit on visual code scanning with mobile and wearable devices. In 2014, I completed a PhD internship in the Vuforia team at Qualcomm Research. During my undergraduate studies, I was working on human-robot interaction systems as a student assistant at the Computer and Automation Research Institute of the Hungarian Academy of Sciences.

I studied electrical engineering in Budapest and in Karlsruhe with focus on communication systems, visual computing in Vienna with focus on mobile augmented reality, and mobile computer vision in Zurich with focus on ubiquitous computing.