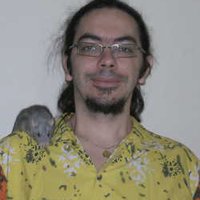 I was a student at the École Normale Supérieure, rue d'Ulm from 1998 to 2002. I completed a Ph.D in Computer Science in 2004. My dissertation titled Web Graphs and PageRank-like measurements was supervised by Prof. Michel Habib and permanent INRIA researcher Laurent Viennot. From 2005 to 2010, I was a researcher in the Traffic and Resource Allocation group at Orange Labs, aka France Telecom R&D, aka CNET, part of the Transport & Packet Networks lab. In 2009, I passed the Habilitation à Diriger des Recherches (official agreement for supervising PhD students) on the topic of P2P and acyclic preference-based systems. Since 2010, I work at LINCS, a joint lab between academics and industrials, first as INRIA in the GANG research team (2010-2013), currently in the MathDyn team of Alcatel-Lucent Bell Labs.

My publications on Hal.