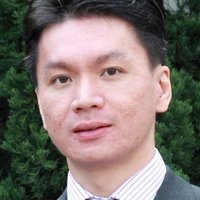 Chung-Shue (Calvin) Chen is a DMTS at Nokia Bell Labs. He also holds a position of Permanent Member at Laboratory of Information, Networking and Communication Sciences (LINCS), in Paris.

Prior to joining Bell Labs, he worked at INRIA, in the research group on Network Theory and Communications (TREC, INRIA-ENS). He was an ERCIM Alain Bensoussan Fellow at the Norwegian University of Science and Technology (NTNU, Department of Electronics and Telecommunications) and the National Center for Mathematics and Computer Science (CWI, Amsterdam). He was an Assistant Professor at The Chinese University of Hong Kong (CUHK). He worked at CNRS in Lorraine on Real-Time & Embedded Systems.

Calvin has served as TPC in international conferences including ICC, Globecom, WCNC, PIMRC, VTC, CCNC and WiOpt (TPC Vice Chair). He is an Editor of European Trans. on Telecommunications (ETT) and an IEEE Senior Member. His research spans a wide range of topics in wireless networks, information and communication systems, resource allocation, optimization, and intelligent systems. Thanks to KS, his Erdös number is 3.