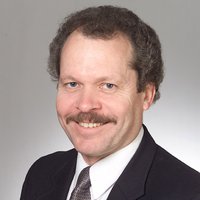 Andrew R. Chraplyvy received the B.S. degree in physics in 1972 from Washington University, St. Louis, Missouri, and the M.S. and Ph.D. degrees in physics from Cornell University in 1975 and 1977, respectively. He joined the physics department at General Motors Research Labs in 1977 as a Senior Research Scientist where he studied vibrational modes of gases and impurity modes in solids using ultra-high resolution spectroscopy. Since 1980, he has been with Bell Laboratories, where he currently is Optical Technologies Research Vice President. He holds over 35 patents in the areas of lightwave systems and fiber optics. Along with Bob Tkach, Andy invented a new type of optical fiber, NZDF, that is widely deployed in intercontinental and long-haul terrestrial networks. In addition they are responsible for a number of inventions that greatly increased the capacity and speed of optical networks. These inventions and technologies are found in most high-capacity networks worldwide.