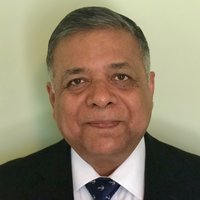 Amitabha (Amitava) Ghosh(F’15) is a Nokia Fellow and Head, Radio Interface Group at Nokia Bell Labs. He joined Motorola in 1990 after receiving his Ph.D in Electrical Engineering from Southern Methodist University, Dallas.  Since joining Motorola he worked on multiple wireless technologies starting from IS-95, cdma-2000, 1xEV-DV/1XTREME, 1xEV-DO, UMTS, HSPA, 802.16e/WiMAX and 3GPP LTE. He has 60  issued patents, has written multiple book chapters and has authored numerous external and internal technical papers. He is currently working on 5G Evolution and 6G technologies. His research interests are in the area of digital communications, signal processing and wireless communications. He is the recipient of 2016 IEEE Stephen O. Rice and 2017 Neal Shephard prize, member of IEEE Access editorial board and co-author of the book titled “Essentials of LTE and LTE-A”.