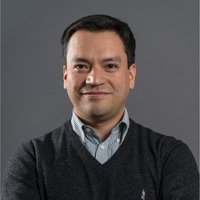 Alonso Silva is currently a Researcher on Verifiable AI at Nokia Bell Labs in the Machine Learning and Systems Research Lab. He has previously worked at Safran in the Department of Mathematics and Temporal Data, in the Department of Electrical Engineering and Computer Sciences at the University of California, Berkeley, working with Professor Jean Walrand, at INRIA Paris Rocquencourt working with Dr. Philippe Jacquet and as a Research Consultant/Intern at Bell Labs Headquarters in Murray Hill, New Jersey, working with Dr. Iraj Saniee. He did his Ph.D. at INRIA Sophia-Antipolis under the direction of Dr. Eitan Altman. He obtained his Ph.D. degree in Physics from the École Supérieure d'Électricité in June 2010. He received his B.Sc. of Mathematical Engineering and his Mathematical Engineering degree from the Department of Mathematical Engineering (DIM) at the Universidad de Chile, in 2004 and 2006. He has received the best paper award at IEEE SmartGridComm'17 and UNet'17, the second best paper award at MSN'11 and the best student paper award at Valuetools'08.

“The best moments in our lives, are not the passive, receptive, relaxing times—although such experiences can also be enjoyable, if we have worked hard to attain them. The best moments usually occur when a person’s body or mind is stretched to its limits in a voluntary effort to accomplish something difficult and worthwhile.

Optimal experience is thus something that we make happen. For a child, it could be placing with trembling fingers the last block on a tower she has built, higher than any she has built so far; for a swimmer, it could be trying to beat his own record; for a violinist, mastering an intricate musical passage. For each person there are thousands of opportunities, challenges to expand ourselves.”