Ashkin’s discovery of optical tweezers has been used to stretch DNA and invent a life-saving malaria test, among other medical applications . 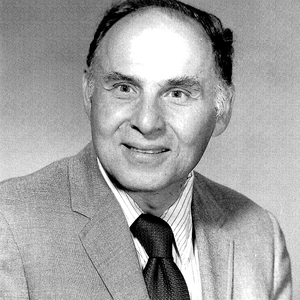 Arthur Ashkin, a former Bell Laboratories researcher, was awarded the 2018 Nobel Prize in Physics “for the optical tweezers and their application to biological systems” on October 2, 2018.

Ashkin shares the prize with Gérard Mourou and Donna Strickland, “for their method of generating high-intensity, ultra-short optical pulses.” The Royal Swedish Academy of Sciences said they were honoring this year’s winners “for groundbreaking inventions in the field of laser physics.”

In 1952, Ashkin joined AT&T Bell Laboratories and worked in the microwave field before switching to laser research. His research and published articles at that time pertained to nonlinear optics, optical fibers, parametric oscillators and nonlinear optical parametric amplifiers, and laser trapping. In the 1960s, he was the co-discoverer of the photorefractive effect in the piezoelectric crystal. With colleagues, he made the first observations of continuous wave, laser harmonic generation and parametric amplification, discovered the photorefractive effect and initiated the field of nonlinear optics in optical fibers. Many consider Ashkin the father of the use of laser radiation pressure. His work in this area pioneered the optical trapping and manipulation of small dielectric particles using optical gradient forces.

Ashkin invented optical tweezers that grab particles, atoms, viruses and other living cells with their laser beam fingers. As is always the case at Nokia Bell Labs, the breakthrough came as a byproduct of research in the fundamentals of communications – in this case, optical communications research into non-linear optical systems. Out of his work on advanced laser optics came the ability to use optical ‘pressure’ from high-powered lasers to control microscopic particles.

A major breakthrough came in 1987, when Ashkin used optical tweezers to capture living bacteria without harming them. The optical tweezers he pioneered are now widely used to investigate the machinery of life. Ashkin’s work in optical trapping led the way to the atomic trapping research for which Steven Chu received the Nobel Prize in 1997. In short, Arthur was on a quest to improve human communications by understanding the limits of optical communications, and in the process, he created a technique that helped increase the understanding human life itself.

The background of his work is based upon fundamental laser physics and nonlinearities in optical fibers. Through studying the impact of nonlinearities and the Kerr effect in materials (such as glass fibers), Ashkin appreciated the ability to self-focus and self-trap light in a nonlinear material. This ability to apply radiation pressure then led to the ability to manipulate macroscopic particles for which Ashkin is recognized today.

Ashkin retired from Bell Labs in 1992 and was an active part of the Nokia Bell Labs family until his death on September 21, 2020. He is the author of Optical Trapping and Manipulation of Neutral Particles Using Lasers (1997, Ashkin), and holds 47 patents.

For more information on Ashkin’s Nobel Prize in Physics, read the official Nokia press release. Read the blog post on Ashkin's accomplishments and an in memoriam, both written by Nokia Bell Labs President, Marcus Weldon.