A posthumous Grammy® awarded for a lifetime of scientific contributions to sound, including how to quantify and model human understanding of speech. 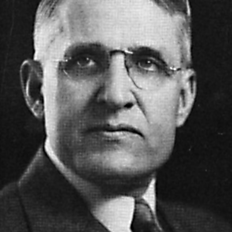 In 2016 the Recording Academy posthumously awarded a Technical Grammy® to Harvey Fletcher in recognition of his contribution to the recording arts.

During his time at Bell Laboratories between 1916 and 1949, Harvey Fletcher learned everything he could about speech and hearing that could help match the telephone system more closely, and more economically, with human needs and abilities. He is considered the father of stereophonic sound and acoustical research. The techniques that he and his associates devised for their studies led directly to high-fidelity recording, sound motion pictures, the first accurate clinical audiometers to measure hearing and the first electronic hearing aids. He made landmark contributions to the theory of speech perception, equal-loudness contours and the critical band (the frequencies in which a second sound will interfere with a first tone).

Fletcher’s early work at Bell Laboratories focused on aspects of speech and hearing required to improve speech transmissions. Fletcher made precise measurements to determine the threshold of hearing and its relation to pitch (frequency), observing that small imperfections in speech sounds impact the listener’s ability to recognize what was said. He identified the minimal pitch and loudness differences that a normal ear can perceive and measured our ability to interpret speech sounds correctly under varying conditions of loudness, from the minimum perceptible to the loudest that could be tolerated.

Analyzing speech and music, Fletcher determined which parts of complex sounds are essential to complete perception and which parts are not. He discovered that certain components of speech sounds, or of musical notes, could be omitted without impairing their intelligibility or quality. In Fletcher's time at Bell Laboratories, this knowledge was of great value in guiding the development of telephone transmission. What he accomplished, in essence, was to specify physically what is in the voice and what the ears get out of it.

“ In the telephone business, the commodity being delivered to the customers is reproduced speech. One of the most important qualities of this speech is its loudness, so it is reasonable to use a sensation scale to define the volume of the speech delivered. ” — Harvey Fletcher

One outgrowth of his acoustic research was the development of recording devices that could reproduce sound and accurately transmit the entire audible frequency range. These devices made it possible to synchronize sound with a motion picture and produce talking pictures. Fletcher went on to lead teams tasked with developing cinema sound systems.

In the 1930s, Fletcher was the first to demonstrate the spatial effect of sound, which he referred as “auditory perspective” and later “stereo.” At the 1932 World's Fair in Chicago, Bell Laboratories presented a demonstration in which headsets were placed in a semicircle around a glassed-in stage. In the center of the stage was a dummy called Oscar. Microphones were placed in each ear of the dummy and connected to receivers in each of the headsets. A person walked around the dummy on stage and spoke. The glass prevented the audience from hearing the person through the air, but the people who had the headsets were startled. To them it seemed that someone was walking around them and speaking to them. They would turn and look over their shoulders to see who it was.

In the 1920s and 1930s, Bell Laboratories worked on improvements to microphone designs, electronic recording equipment, carbon microphones, radio transmitters and amplification systems. In 1932, it developed stereophonic recording equipment. Fletcher’s profound interest in music led him to partner with conductor Leopold Stokowski and the Philadelphia Orchestra to create the first demonstrations of stereophonic sound, both by direct transmission (from Philadelphia to Washington in 1933) and by recording (in New York in 1940). This collaboration produced more than 100 electronic stereo recordings. Equipment developed under Fletcher's direction enabled a conductor or artist to create an original recording and on playback enhance or modify the sound to achieve variations.

After his retirement from Bell Laboratories in 1949, Fletcher became a professor of electrical engineering at Columbia University, where he organized a department that focused on acoustics. After three years he returned to his undergraduate alma mater as Director of Research at Brigham Young University and eventually became chairman of the Department of Engineering Science. Fletcher remained active in acoustic research until his death in 1981.