Using a laser light to slow and manipulate atoms provides an insight into quantum mechanics. 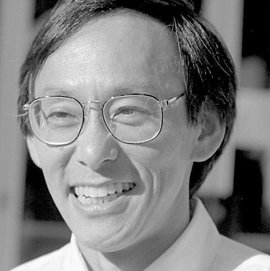 An idea that sprang up over lunch at a Bell Labs cafeteria in the 1980s led Steven Chu to the 1997 Nobel Prize in Physics, which was shared with William Phillips and Claude Cohen-Tannoudji, for their development of innovative methods to cool and trap atoms with laser light.

Chu was interested in manipulating atoms at low temperatures. Arthur Ashkin, a physicist at Bell Labs, had developed the world’s first methods of trapping small particles in a fluid with the help of lasers. Normally shining light on an object heats it up, but Ashkin had devised an ingenious method to trap small particles by carefully using the light of lasers. Chu extended Ashkin’s ideas to trap atoms. He used laser beams to cool gases to temperatures just above absolute zero, the point at which molecular activity ceases. Once chilled to these very low temperatures, the atoms of the gas are trapped so that their physical properties can be studied in great detail. Lasers delivered intense beams of light that interacted with the atoms, impeding their progress. Since the way the laser light slowed down the atoms was analogous to how marbles are slowed down when falling through a viscous liquid like molasses, Chu dubbed the phenomenon “optical molasses.”

Chu vaporized a sodium pellet with a laser and produced an atomic beam. The sodium atoms were hit by a laser beam traveling in the opposite direction, which slowed them down. Then the atoms were conducted to the intersection of six cooling laser beams. The six beams were opposed in pairs and positioned in three directions at right angles to one another. The effect was that whichever direction the sodium atoms tried to move, they were slowed down and pushed back into the region where the six laser beams intersected. With this method, Chu and his colleagues managed to cool the sodium atoms to 240 millionths of a degree above absolute zero.

Chu also managed to trap the cooled atoms by shooting a powerful beam through the optical molasses. Using this technique, a team at the National Institute of Standards and Technology ran experiments that led to the discovery of the Bose-Einstein condensate in 1995, named after physicists Satyendra Nath Bose and Albert Einstein, who postulated its existence more than seven decades ago. The methods developed by Chu, Cohen-Tannoudji, and Phillips have given us atomic clocks that are a hundredfold more precise, making space navigation much more accurate.