Deepening science’s understanding of magnetism, superconductivity and the structure of matter. 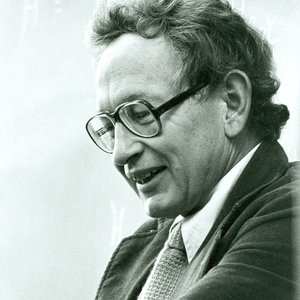 Bell Labs physicist Philip Anderson shared the 1977 Nobel Prize in Physics with his doctoral thesis advisor John van Vleck and his collaborator Nevill Mott of Cambridge University for their fundamental theoretical investigations of the electronic structure of magnetic and disordered systems.

It was the first time a Bell Labs theorist had won the Nobel Prize.

The three physicists worked in the area of solid-state physics and condensed-matter physics, fields which saw immense progress in the three decades after World War II. Anderson was a particularly prolific theoretician. He succeeded in explaining how local magnetic moments can occur in metals like copper and silver, which in pure form are not magnetic at all. These phenomena can be quite complicated. For instance, the strength of these “mini-magnets” can change abruptly when the concentration of the perturbing ion varies by only a few percent. In a simple quantum mechanical model, Anderson caught all the aspects that seem to be of decisive importance for understanding what happens in such situations.

Anderson made essential contributions to our knowledge of disordered systems. In crystalline materials, the atoms form regular lattices, which greatly facilitates theoretical treatment. Disordered materials lack this regularity. The components of an alloy are either placed at random in the regular lattice positions, or, as in glass, without any lattice whatsoever, making it difficult to build a theoretical framework to understand them. In 1958, Anderson published a paper in which he showed the conditions in which an electron in a disordered system can either move through the system as a whole or be more or less tied to a specific position as a localized electron.

Thanks to Anderson, the study of the conductance of electrons is now a central idea in condensed-matter physics. In quantum theory, the theory of electronic conductivity was built around a scenario in which an electron is scattered many times by impurities in the process of diffusing through a solid. The electron bounces along, following a random zigzag path as it travels. A key concept in the theoretical treatment is the mean free path of the electron—the average length that an electron manages to travel before it suffers a collision.

One of the questions raised by the theory of electronic conductivity was whether a lower limit to the length of the electron’s mean free path exists. Would an increase in the degree of disorder in a system imply that the electron’s mean free path would decrease continuously or would some anomaly occur along the way? Anderson solved this question brilliantly by conceiving the idea of electron localization. He found that the random motion of an electron will come to a halt when a critical amount of impurity-induced scattering takes place. Stopping the electron’s motion — or localization, since it is tied to one place — has dramatic consequences for conductivity. In a way, electron localization is a kind of inverse superconductivity.

“I learned crystallography and solid -state physics from Bill Shockley, Alan Holden, and Betty Wood. And I learned most of all the Bell mode of close experiment theory teamwork...” — Philip W. Anderson

Anderson’s seminal paper has become one of the cornerstones in our understanding of the electric conductivity in disordered systems. Along with Mott, Anderson created a multitude of new concepts that are central for the understanding of disordered materials. Their work laid the foundation for important new technical developments in condensed-matter physics. Anderson also contributed immensely to the theory of superconductivity.

Anderson retired from Bell Labs in 1984 to take a full-time teaching position at Princeton University. He died March 30, 2020 at the age of 96.