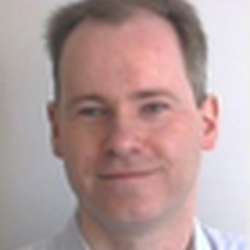 Sem Borst has been with the Mathematics of Networks and Systems research department of Bell Laboratories in Murray Hill, USA, since 1995.  From 1998 to 2006 he was a Senior Researcher at the Center for Mathematics and Computer Science (CWI) in Amsterdam.  Since 1998 he also has a (part-time) appointment as professor in Stochastic Operations Research at Eindhoven University of Technology. Sem's main research areas are performance evaluation and resource allocation for stochastic systems, in particular computer-communication networks.  He was (co-)recipient of the best-paper awards at ACM Sigmetrics/Performance 1992 and IEEE Infocom 2003, the 2001 Yosef Levy Prize, and the 2005 Van Dantzig Prize.  Sem serves or has served on the editorial boards of multiple journals, and has been a program committee member of numerous conferences.

Rejoinder on: Polling: past, present, and perspective

Email sem.borst@nokia-bell-labs.com Phone +1 908 582 4295
Nokia sites use cookies to improve and personalize your experience and to display advertisements. The sites may also include cookies from third parties. By using this site, you consent to the use of cookies. Learn more