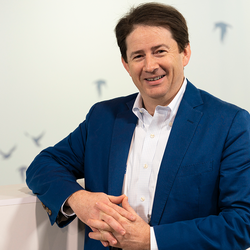 Named among Global Telecoms Business ‘Top CTOs to watch in 2015’

Editor of the book “The Future X Network: A Bell Labs Perspective” (Taylor and Francis, 2015).

One giant leap for networking

The rational exuberance of 5G

The Need For a New/Old Bell Labs