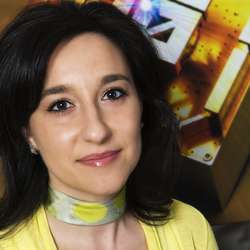 Alessandra Sala is the Head of the Bell-Labs Analytics Research. In her prior appointment, she was the technical manager for the Data Analytics and Operations Research group in Bell Labs Ireland. Before that, she held a research associate position in the Department of Computer Science at University of California Santa Barbara. During this appointment, she was a key contributor of several funded proposals from National Science Foundation in USA and her research was awarded with the Cisco Research Award in 2011. She focused her research on modeling massive graphs with an emphasis on mitigating privacy threats for Online Social Network users. Before that, she worked for two years as post-doctoral fellow with the CurrentLab research group led by Prof. Ben Y.Zhao. Before UCSB, she completed her Ph.D in Computer Science at University of Salerno, Italy.

Her research focus lies on distributed algorithms and complexity analysis with an emphasis on graph algorithms and privacy issues in large scale networks. In her previous research she has developed efficient distributed systems that support robust and flexible application level services such as scalable search, flexible data dissemination, and reliable anonymous communication. 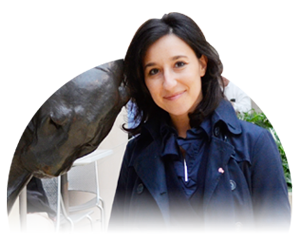