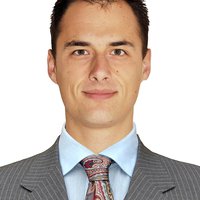 Stepan Kucera is a Member of Technical Staff at Bell Laboratories, Alcatel-Lucent, Dublin, Ireland since 2011. He received his Ph.D. degree in Informatics from the Graduate School of Informatics at Kyoto University, Kyoto, Japan, in 2008, and his M.Sc. degree from Czech Technical University in Prague, Czech Republic, in 2003.

Between 2008 and 2011, he worked as a researcher at the National Institute for Telecommunications and Communications, Keihanna Research Laboratories, Japan, where he was involved in the development of technologies for digital communications over thin dielectric media with simultaneous “wireless” power supply to battery-less terminals.

Between 2006 and 2007, he served as an assistant researcher in the JSPS Center of Excellence at Kyoto University focusing on modern cellular networks for mobile communications. He was a principal investigator or collaborator in five major research projects that are related to networking and system engineering topics and were funded by agencies of European Union, Japan, and Czech Republic.

Dr. Kucera filed/holds over 20 patents related to 3G and 4G mobile networks, as well as proprietary wireless technologies. He is also the recipient of the Best Student Paper Award at IEEE Vehicular Technology Conference Fall 2006 and the IEEE Kansai Student Researcher Encouragement Award in 2007, as well as was nominated for the IEICE Young Researcher Encouragement Award in 2009 and the Ericsson Young Scientist Award in 2010.


Nokia sites use cookies to improve and personalize your experience and to display advertisements. The sites may also include cookies from third parties. By using this site, you consent to the use of cookies. Learn more