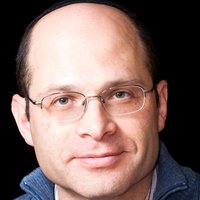 Dmitry Chizhik received a Ph.D. in Electrophysics at the Polytechnic University,  Brooklyn,  NY.

His thesis work has been in ultrasonics and non-destructive evaluation. He joined the Naval Undersea Warfare Center, New London, CT where he did research in scattering from ocean floor, geoacoustic modeling of porous media and shallow water acoustic propagation.  In 1996 he has joined Bell Labs, working on radio propagation modeling and measurements, using deterministic and statistical techniques. He has worked on measurement, modeling and channel estimation of MIMO channels. The results are used both for determination of channel-imposed bounds on channel capacity, system performance,  as well as for optimal antenna array design. His recent work has included mm wave modeling, system and link simulations of satellite and femto cell radio communications that included all aspects of the physical layer. His research interests are in acoustic and electromagnetic wave propagation, signal processing,communications, radar, sonar, medical imaging.